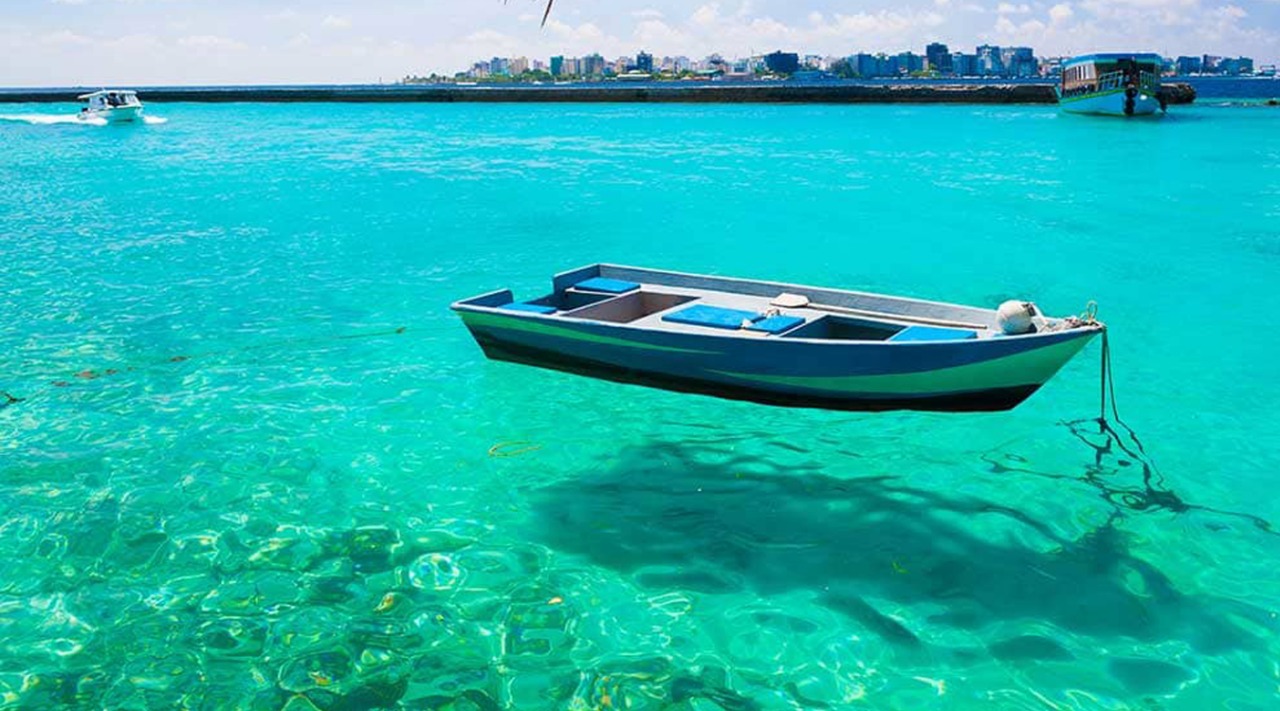 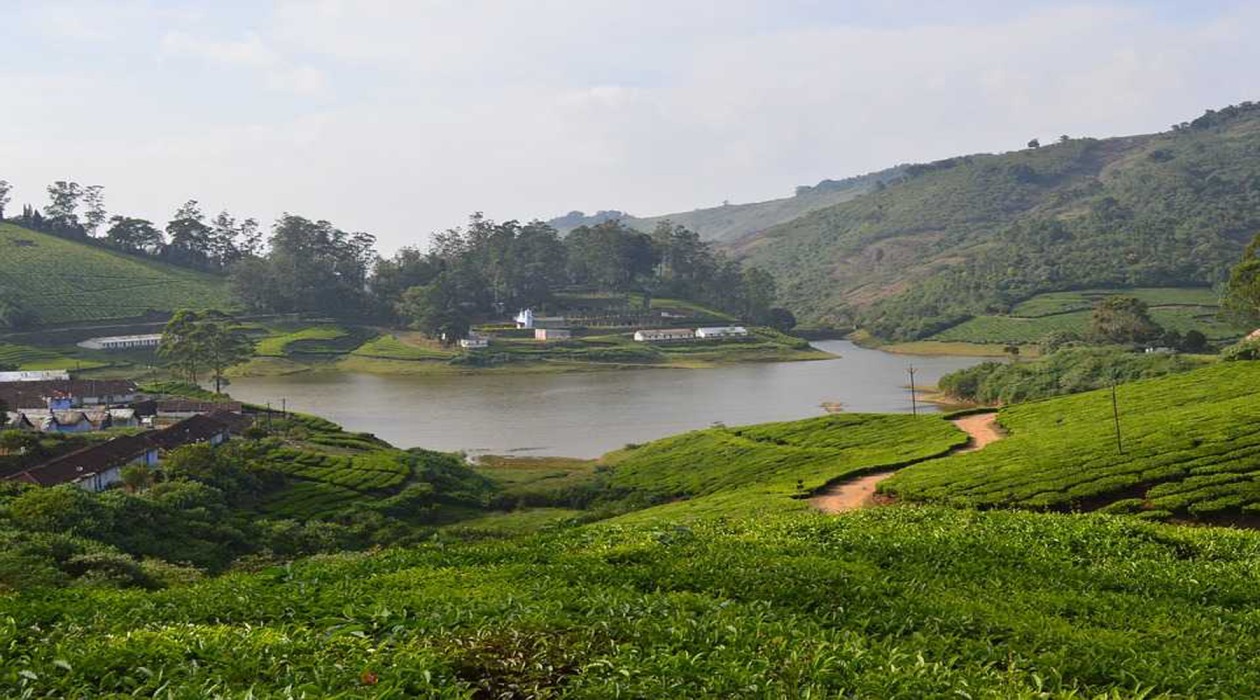 Often known as Calicut, Kozhikode is a city on the Malabar coast in the state of Kerala in southern India. Kozhikode is the state's largest urban area and the world's 195th largest urban city. For its position as the key trade point of Eastern spices, Kozhikode was called the "Capital of Spices" during classical antiquity and the Middle Ages. It was the capital of an autonomous kingdom ruled in the Middle Ages by the Samoothiris (Zamorins) and later the capital under British control of the former Malabar region.

Kozhikode is a city with a long-standing past. The city has been enticing tourists with its riches from time immemorial. For more than 500 years, Jews, Arabs, Phoenicians, and Chinese have been dealing in spices such as black pepper and cardamom. The Arab and Chinese merchants preferred it to all other ports, because Kozhikode offered complete freedom and protection. During the time of the Sri Samoothiri Maharajas, who ruled the area until the British took control, Kozhikode was the capital of Malabar.

Kozhikode is the birthplace of a society of genius and rich traditions. It is renowned for the traditional art forms of the Muslim cultures of Malabar, 'Mappilappattu', 'Kolkali' and 'Oppana'. The temple-based art forms prevalent in the district's northern regions are 'Thirayattam' and 'Theyyam'. The famous folk songs or ballads known as 'Vadakkan Pattuakal' praise the strength and strength of Kerala's martial art, the 'Kalaripayattu' and its legendary exponents, such as Thacholi Othenan, Chandhu Chekavar, Unniyarcha, Aromal Chekavar and others. During the month of 'Thulam,' the philosophical debates of Vedic scholars to win the rank of Pattathanam (Revathy Pattathanam) take place at Thali temple.

The melodies of Ghazals and Hindustani music are in Kozhikode 's heart, and the songs of Rafi Saheb, Kishore Kumar, Mukesh, Hemanth Da, Talat Mahmood, Manna Dey and others are smoking. The close association with the football game is characterised by the large following of supporters and the passion and spirit that is sustained throughout the FIFA World Cup and local football matches. Also known as SM Street, the 'Mittayi Theruvu' received its name from the 'Sweet Kozhikkodan Halwa' which was called Sweet Meat (SM) by the Europeans. It is a long street full of shops selling everything one might possibly need, for all its length. With its mouth-watering dishes such as 'Kozhikkodan Biriyani',' Chattippathiri',' Irachipathiri',' Elanchi',' Pazham Nirachathu',' Unnakkaya" Sulaimani'-the special Kozhikkodan lemon tea, and others, all eaten with affection, Kozhikode is Kerala's food city. Kozhikode 's special and accommodative community embraces the Onam, Vishu, Eid and Christmas festivals with fair pomp and joy.

Mural sculptures, rare bronzes, ancient coins, temple styles, umbrella blocks, dolmenoid cists (quadrangular burial chambers with capstones), and related megalithic monuments are on display in the museum operated by the State Archaeology Department.The famous ‘Pazhassi Revolt’ (against the British East India Company during the second half of the 1700s) was led by Pazhassi Raja.

Kallayi : Kallayi village is located on the banks of the Kallayi canal. It has an archaic charm and, during the late nineteenth and early twentieth centuries, was a busy timber trading centre. Just a few mills remain in the area today, but the view from the British-built Kallayi Bridge is a great place to experience a stunning sunset.

Lokanarkavu Temple : Lokanarkavu Temple is 4 km from Vatakara, in Kozhikode (Calicut) District, Kerala State of South India, North Malabar Region, in Memunda. Lokanarkavu is a short kind of Lokamalayarkavu, which implies mala (mountain), aaru (stream) and kavu (backwoods) made of lokam (world). It is the official family safe-haven of the 500 Aryan Nagariks who moved to Kerala and their successors[citation required]. Vadakara, which is 5 km from the safe-haven, is the nearest railroad station. The important festival here is Pooram and it is held with great pomp and display. With Kodiyettam (flag hoisting), the week-long festival starts and ends with Arattu. As Thacholi Othenan, the legendary martial hero of Kerala, used to worship here every day, the temple dedicated to Goddess Durga has considerable historical significance.

Nadapuram Masjid : The mosque of Nadapuram, which has centuries of history, is only a place of worship devoted to the fields of spirituality and appreciation of Malayalam poetry. For its architectural characteristics, the mosque is noteworthy. The mosque and its massive pond, constructed during the past two decades, were constructed. The superb architectural style of the architecture elevates the majesty of the cathedral. Under the leadership of Maulana Yaqub Musali, a native of Mattannur in Kannur, the mosque was built. Kerala and Persia 's architecture styles have been applied here.

There are granite pillars inside the church that are one metre high and four metres long. The mosque 's top three-storey corridor is made entirely of timber. There are also exquisite carvings in the interior of the first mosque. Diplomatic praise is noteworthy. In the cathedral, there are no loudspeakers where millions of people will experience the ceremonies. It is here where the mafia loudspeaker is seeking to get to know the movement's imams, which is triggering the agitation. It is considered that the mosque is more than five hundred years old. Here in Lala, there are several festivals as well. The same day gives you hundreds of days. To enter the cemetery, devotees from all over the surrounding areas visit the 27th century.

Parappalli Beach : The surfing spot is Parappalli Beach. Parappalli is located in the district on the rock hills of Kollam Beach, near Koyilandy. Near Parappalli beach, there is a mosque. The Parappalli mosque, one of the most famous Sunni mosques with a history of more than 500 years, has been a place of pilgrimage for the faithful of all religions from all over the world and abroad.

Aripara Waterfalls : In Anakkampoyil, near Thiruvambady Town in Kozhikode district, Kerala, Aripara Falls (alternate spelling: Arippara Falls) is a tourist spot. It is situated 15 km from Thiruvambadi on the Thiruvambady-Anakkampoyil road. A tributary of Iruvanjippuzha is the waterfall. There is a plan for the development of the Aripara waterfall hydro-power plant.

Thikkodi Drive-In Beach : Just 36 km away from Kozhikode city, Thikkodi Beach is located. Being Kozhikode's first drive-in beach and Kerala's second of its kind, Thikkodi Beach would certainly draw many driving enthusiasts, giving them an unparalleled driving experience along the vast stretch of sandy beaches. The unique aspect of Thikkodi Beach is that it is blessed with hard-packed sand, making it a perfect driving destination. Another highlight is that the sand gets firmer after the tides, which would not allow cars to fall into the sand. Thanks to its hard-packed sandy beaches, Thikkodi Beach is used by many locals to learn to drive. Thikkodi Beach is one of the many unexplored beaches along the rich seashore of Kerala and has many captivating characteristics to become a popular tourist destination in the state. It is an impressive spot of spellbinding natural beauty and Thikkodi Beach's main attraction is the 2 acres of rocky island known as Velliyamkallu, which is set in the middle of the sea with some special natural carvings.


Amarad Waterfall : WATER Drop OF AMARAD Kattipara Kerala Thamarassery. In Malayalam, Kattippara Hard Rock is sometimes referred to as Kattipara in Kozhikode, Kerala District. It is situated about 10 km from the town of Thamarassery. It's a town with plenty of mountainous areas. It is famous for hard rocks, as the name suggests, which we can find anywhere in this village.

Kozhikode Beach : The favourite place for all those who love watching the setting sun is Kozhikode Beach. For seafood lovers, it is also a prime location as it offers a wide range of delicacies such as the popular 'Kallummakaya' (mussels). Dolphin's Point is a rewarding tourist spot where the hypnotic sight of playful dolphins can be seen. Besides this, there are the former lighthouse, the ancient piers and the children's park of the Lion. 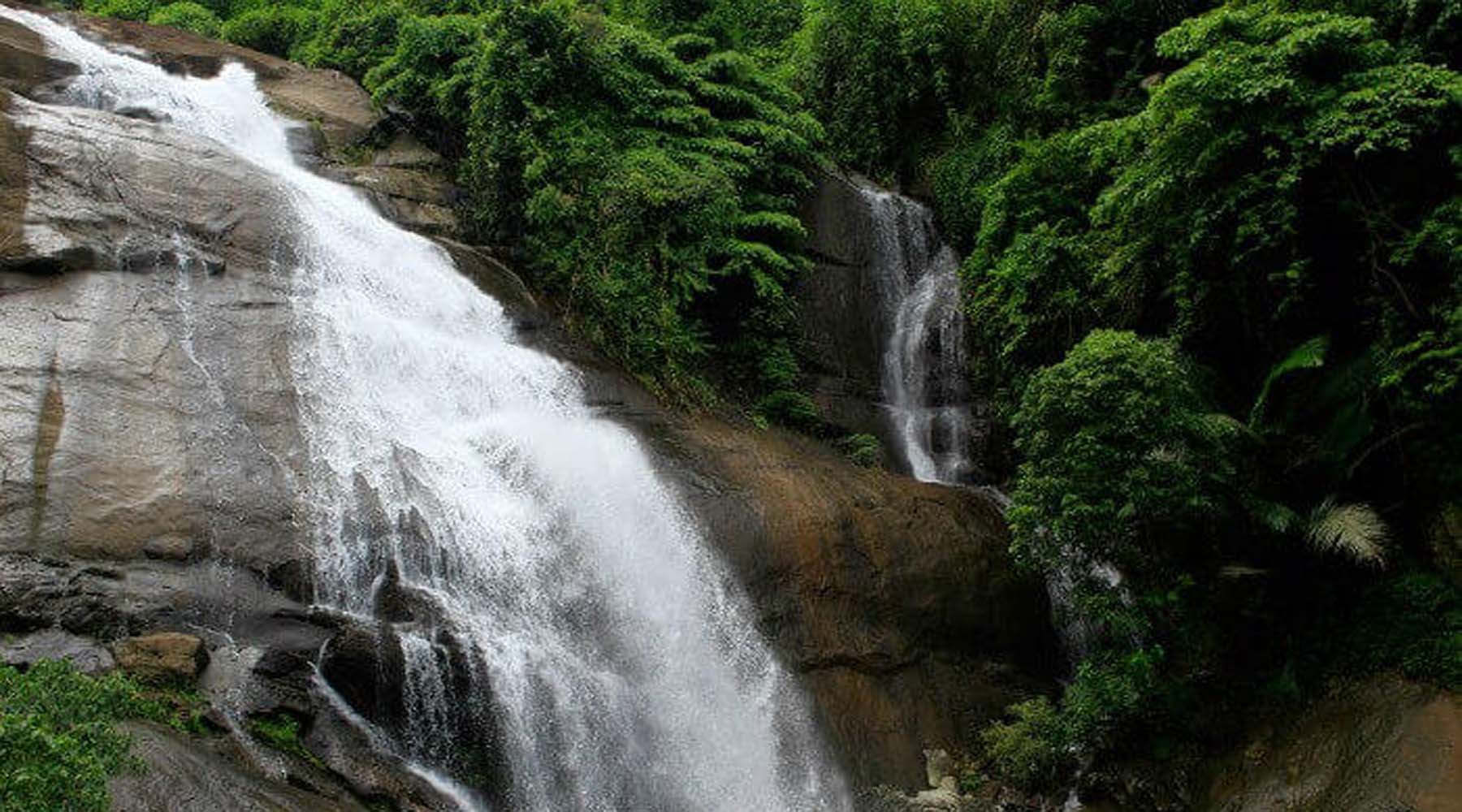 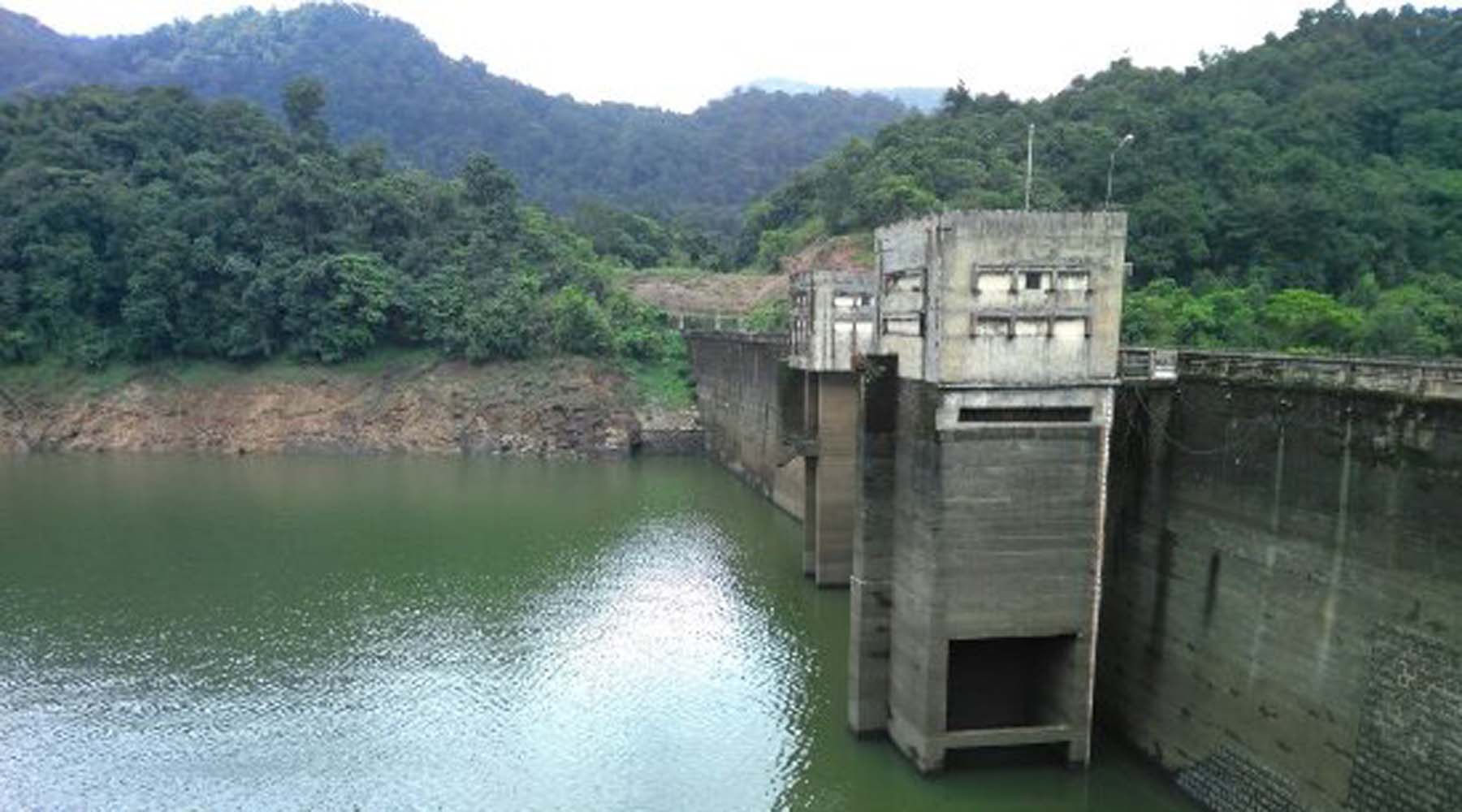