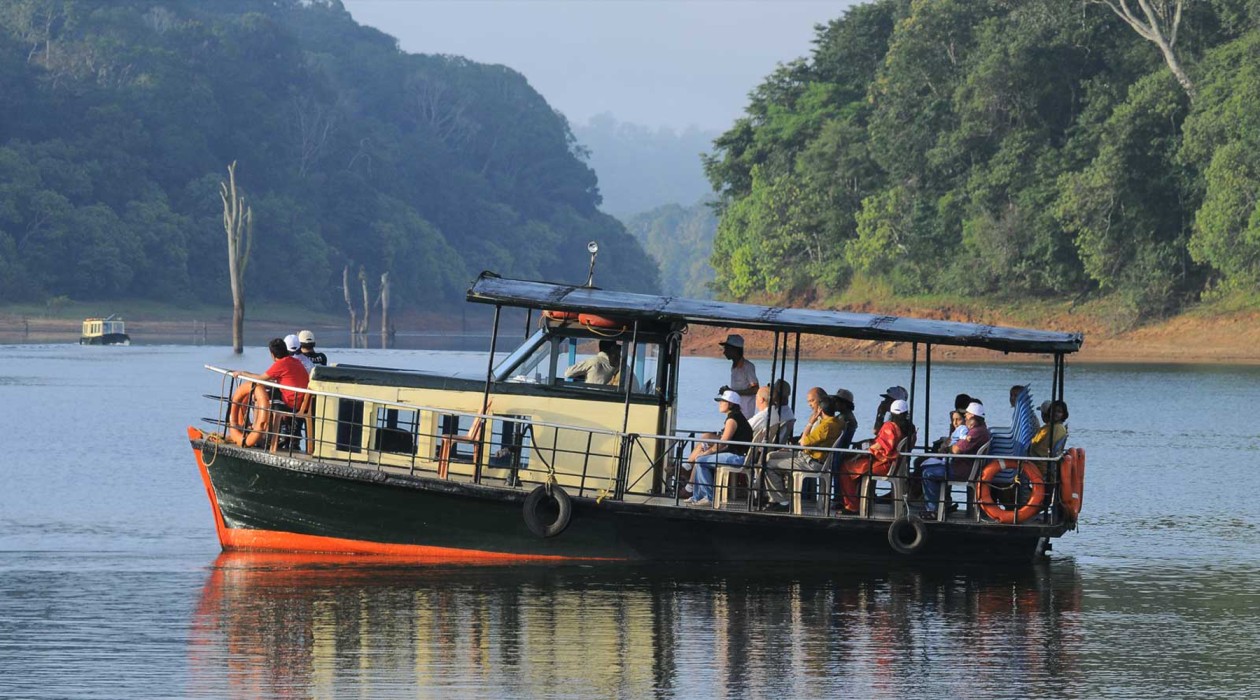 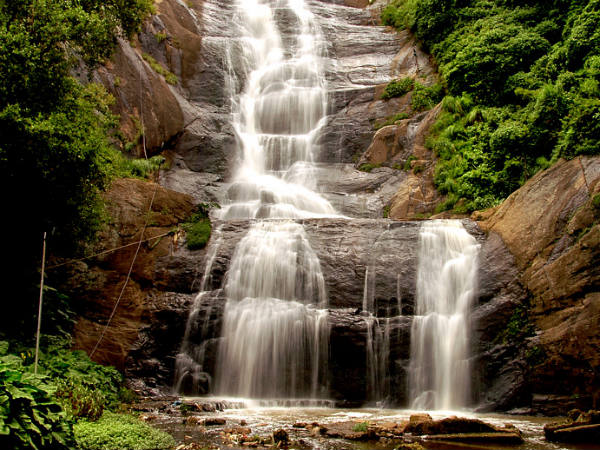 The area term "East Coast" comes from the notion that two major coastlines, one on the western side and one on the eastern edge, characterise the contiguous 48 states. "The" Eastern Seaboard" "(seaboard "is American English for shore)," Atlantic Coast "and" Atlantic Seaboard "are other metaphors for referring to this region (because the coastline lies along the Atlantic Ocean). The coastline along which the eastern United States reaches the North Atlantic Ocean is the East Coast of the United States, also known as the Eastern Seaboard, the Atlantic Coast, and the Atlantic Seaboard. The word applies regionally to the coastal states and the area east of the Atlantic Ocean coastline of the Appalachian Mountains, from north to south, Maine, New Hampshire, Massachusetts, Rhode Island, Connecticut, New York, New Jersey, Delaware , Maryland, Virginia, North Carolina.

Roanoke, Virginia : The epitome of Virginia's charm is this ancient city in the mountains. Roanoke, nestled in the heart of the Blue Ridge Mountains, is surrounded by nature's calm serenity. With more than 600 scenic hiking and biking trails in the summer, the lush landscape is as green as it can be. Perhaps the most magnificent of all is that the birch leaves turn yellow while the oak foliage goes maroon as the seasons begin to change.

Vineyard by Martha : In the United States, Martha's Vineyard is a great place to visit. The people here are still struggling to maintain the island 's identity in the age of globalisation, when being original is considered old-fashioned. Their culture and cuisine are also untouched by the outside, which is easy to note since any big-name food chains or franchises would be difficult for you to find.

Around Baltimore: In the state of Maryland, Baltimore is the most populous city, situated in the middle of the Washington-Philadelphia road. Every place in the world has tourist stops to sell, and this city does as well. It maintains nine regions officially, and there are over a hundred districts, so it is also known as the 'neighborhood area'. Due to the fact that it has more public monuments than any other city in the United States, this is a fascinating place to visit, so it will take you days to see most of them. Be sure to visit Fort McHenry National Monument and Historic Shrine while here.

Must see places on the east coast

Atlantic Town : Atlantic City, hands down, is the liveliest East Coast destination. It may sound shocking, but, without the sun, it is comparable to Las Vegas. What this place is all about is the never-ending nightlife, casinos, and enchanting hotels. And because it's a popular resort destination, you'll have the chance to enjoy the ocean, the boardwalk, and even the carnival on the beach. The best time to visit is summer, so you can savour the best of both worlds.

COAST in Philadelphia : In the state of Pennsylvania, Philadelphia is a historic place and the main municipality. In the days of the American Revolution, the history of the United State shows us the importance of Philly. Prior to the Declaration of Independence, it will forever be remembered as the meeting place of the founding fathers of the country. Philadelphia has just been named a UNESCO World Heritage Site, so it's no surprise to see that this is one of the country's most visited places today. While here, make sure to visit the Independence National Historical Park.

Miami : In this nation, you can visit a lot of coastal locations, but none will come close to Miami. This city is situated in the southeasternmost part of the United States and is renowned for its warm beaches, energetic nightlife and the popular Art Deco district. It is unofficially recognised as the world's cruise capital and is, indeed, the world's busiest cruise terminal. With all of these and more, Miami, especially in the summer, is considered among the most popular holiday destinations.

Stowe's : In the northern part of Vermont, Stowe is a peaceful town and retains the distinction of being the 'eastern ski capital.' This is a resort village with an adventurous route of over 200 miles (320 kilometres) that offers the opportunity for downhill skiing and biking. For thrill-seekers, especially those who love skiing, Stowe is a great place. This doesn't mean, though, that the town is not ideal for families. There are many great restaurants and local attractions in this area, such as Cady Hill Forest, Stowe Recreation Path, Vermont Ski & Snowboard Museum, and more.

Charleston : During the colonial era, Charleston became a settlement and is the oldest municipality in the state of South Carolina. Thanks to its religious freedom, it was dubbed 'the Holy City,' which encouraged people to establish many places of worship. Today , the city has more than 200 churches, and 76 of them can be located in the downtown area. The Battery's defensive seawall, the Citadel, the Old City Market, Fort Sumter, and more are other artefacts of the past. If you are curious about colonial history, this is a fascinating location to visit.

Savannah : Savannah lies about 20 miles (30 kilometres) off Georgia's Atlantic coast. This is a place that has rich, historical Revolutionary War ties, which are also evident in its downtown area. One of the largest National Historic Landmark Districts, which boasts a Victorian district, a historic district, and over 20 original and monumental parks, is recorded as the entire city centre. It is also known as 'The Hostess City of the South' and is officially named 'The Forest City.' The explanation for that moniker could be the friendly people and the delicious cuisine.

Best places to visit on the east coast

Scranton : In northeastern Pennsylvania, Scranton is a peaceful municipality. A few hours away from two must-visit towns: New York and Philadelphia, this beautiful city is situated. As well as a rich history of coal mining and train construction, Scranton features mountains and waterfront locations. A few interesting attractions in this town are the Lackawant to Coal Mine, Steamtown National History, the Anthracite Heritage Museum and Nay Aug Park.

Newport : Newport is a city that is located between Jamestown and Middletown in Rhode Island. The city of Newport has an amazing number of hallmarks, but the whole of Rhode Island is worth your time. Seeing gilded-age landmarks such as the Breakers, Marble House, Rosecliff, and the Elm is always really relaxing. Moreover, several buildings from the Victorian period are scattered throughout the area. Other than that, other explanations for visiting Newport are the ruins, parks, lighthouses, and beaches.

Albany : This is a small Georgian town, located a few hours away from other great places like Jacksonville and Savannah. Although the city of Albany is not considered to be very important, nature lovers would certainly love to explore this location. Albany has a total of 77 parks, two riverfront trails, and nature reserves just within the city limits. The Flint River recreational area is right on the doorstep of the downtown area, giving you the opportunity to spot wild alligators, turtles, and bird species. In addition, other notable attractions within the city are Flint RiverQuarium, Chehaw Park, and Tift Park.

Lancaster : Situated an hour west of Philadelphia, Lancaster is a medium-sized city. During the American Revolution, this destination played a major part and even remained the national capital for a day. For its Dutch origins and the Amish culture, Lancaster is also honoured. You can see Amish people live a simple life, and there is a village dedicated to them in Lancaster, as well as a few historical museums in the town itself.

Eria : This town is located on the shores of Lake Erie in the northwestern part of Pennsylvania, where it gets its name from. The place is considered ideal for summer vacation, being a lakeside venue. It holds many festivals that take place between May and September. People can still enjoy winters here, however, if they know where the fun can be found. It is easy to remember that, as it is situated next to one of the Great Lakes, there are many opportunities for boating and fishing here.

Maine, Bangor : Bangor is located in Maine's northern area, and is unofficially recognised as the state's commercial and cultural capital. In the 19th century, back when it had hundreds of working sawmills, this town was also popularly known as the world's lumber capital. Today, the scene is different, as Bangor is now a mining and tourism home. Speaking of tourism, just outside the city limit, the most notable attractions are situated.

Departing from Chennai airport. On Arrival, pick up and then transfer to Hotel. Hotel Check in. Dinner at restaurant Overnight stay at a hotel.

Morning Breakfast at Hotel. Then Proceed to go on to the Statue of Liberty Ferry from Battery Park. View the world famous iconic Statue symbolizing the country’s freedom. Make a pit stop to see the “NY BULL” on Wall St. This bronze statue weighs 3200 kgs & is a symbol of financial optimism & prosperity. Enjoy a scenic view from the top of Freedom tower observation deck. A photo stop at Ground Zero (entrance to 9/11 memorial is not included). Enjoy shopping time at the biggest grossing next generation retail store in the World ‘APPLE’ a vibrant gathering place for technology Buffets Dinner at Indian Restaurant. Come back to Hotel. Overnight at hotel. 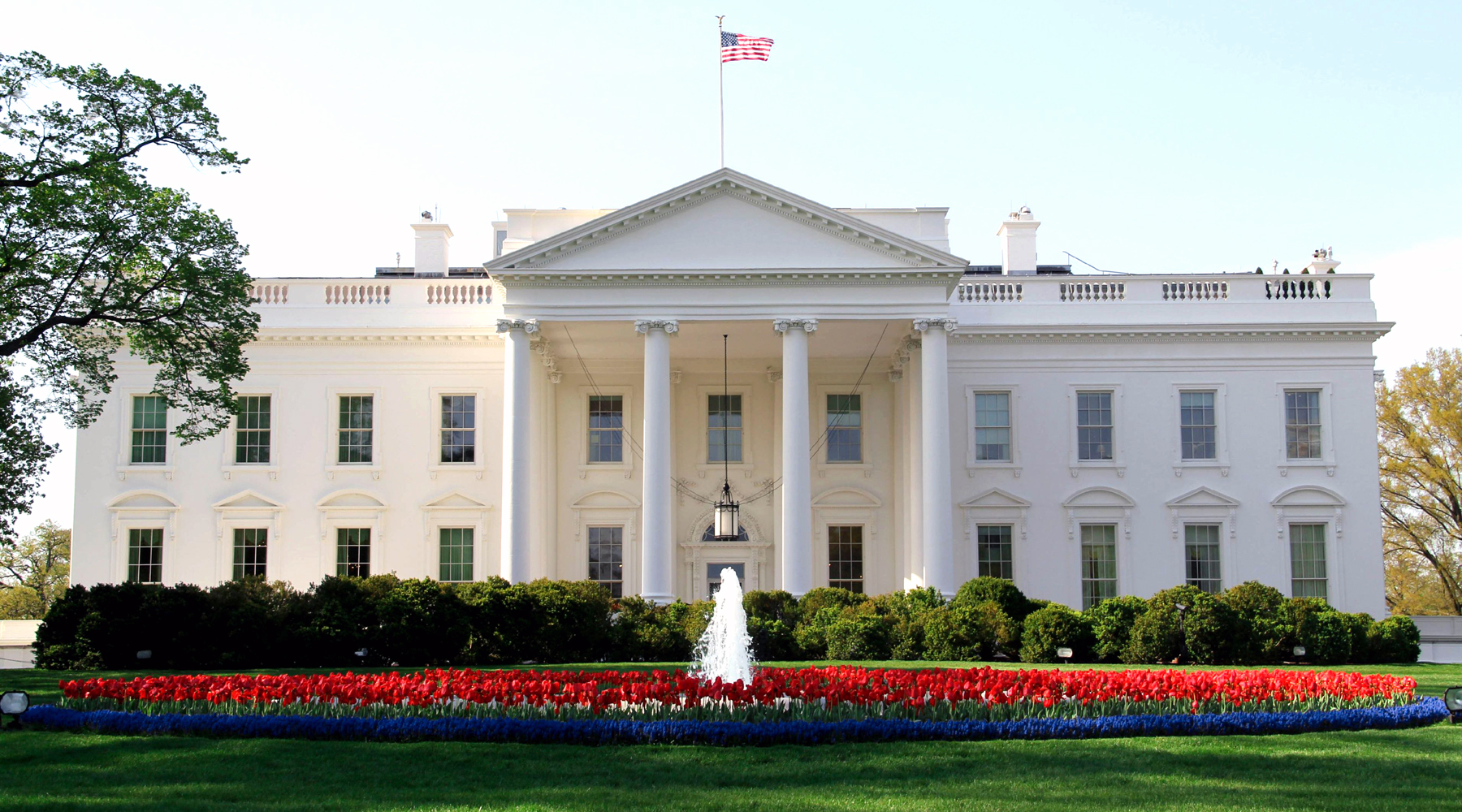 Morning Breakfast at Hotel. Then proceed to Visit White house gift shop as a part of your city tour. White House Gift Shop, is the "only original authorized" White House Gift Shop serving America for over 70 years. After some shopping, you will be given time to explore Smithsonian Air & space museum (1 hour and 30 minutes) to view all the different exhibits related to space & Aeronautics. Lunch at Indian Restaurant. A wonderful bird’s eye view of Potomac River. Enjoy a Dinner enroute to hotel. Check-In to the hotel. Overnight at the Hotel.

Morning Breakfast at Hotel. Then Proceed to do the (Niagara Falls World’s famous Landmark). Check out the sweetest destination on the itinerary- Hershey’s. Get on an exhilarating chocolate ride that takes you to the origin of chocolate making. Proceed to Niagara Falls (approximately 5 hours of drive from Hersheys). View the illumination of falls at night. This illumination includes a range of colors that alternate throughout the evening and shine over all of Niagara Falls. Stay Overnight at Hotel. 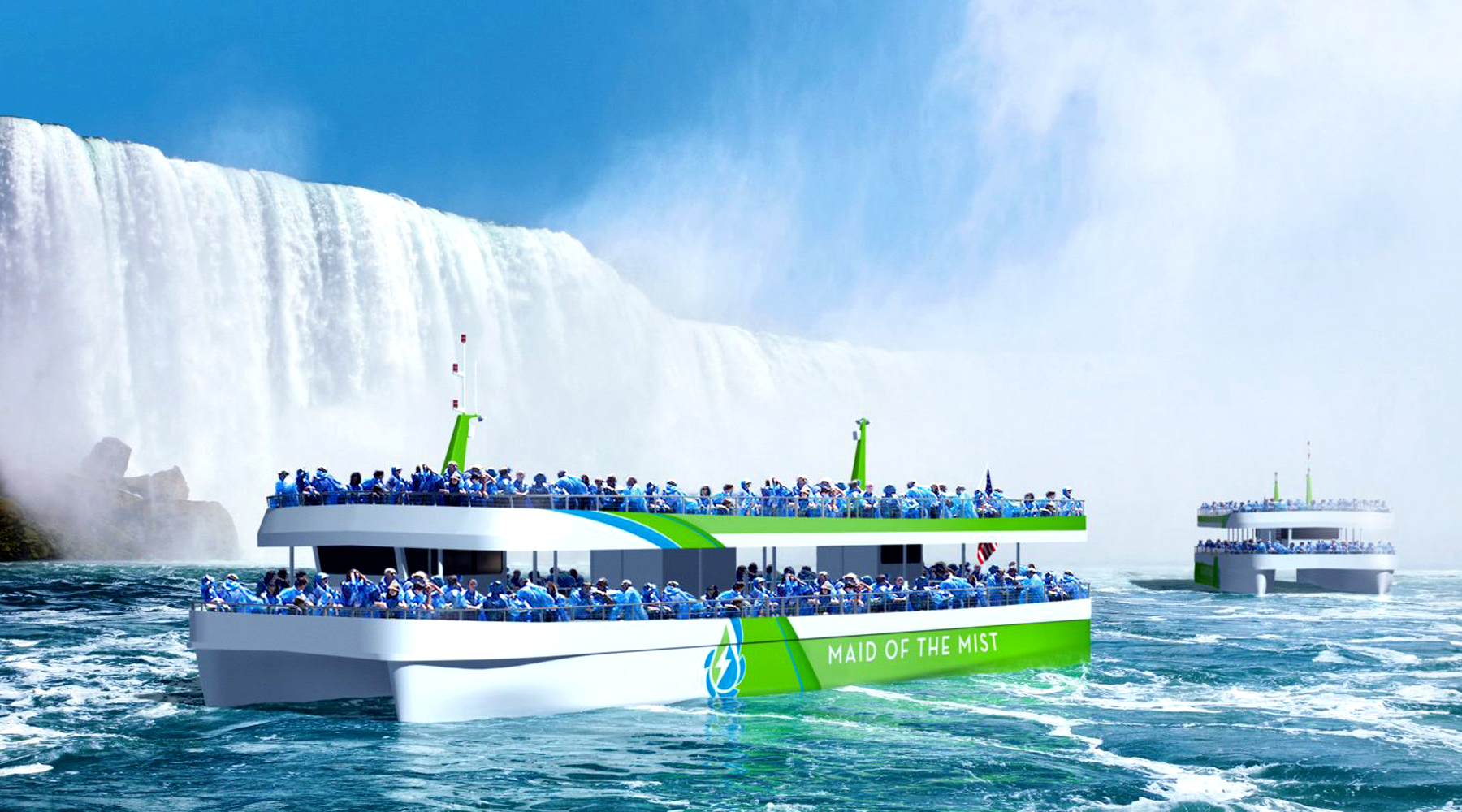 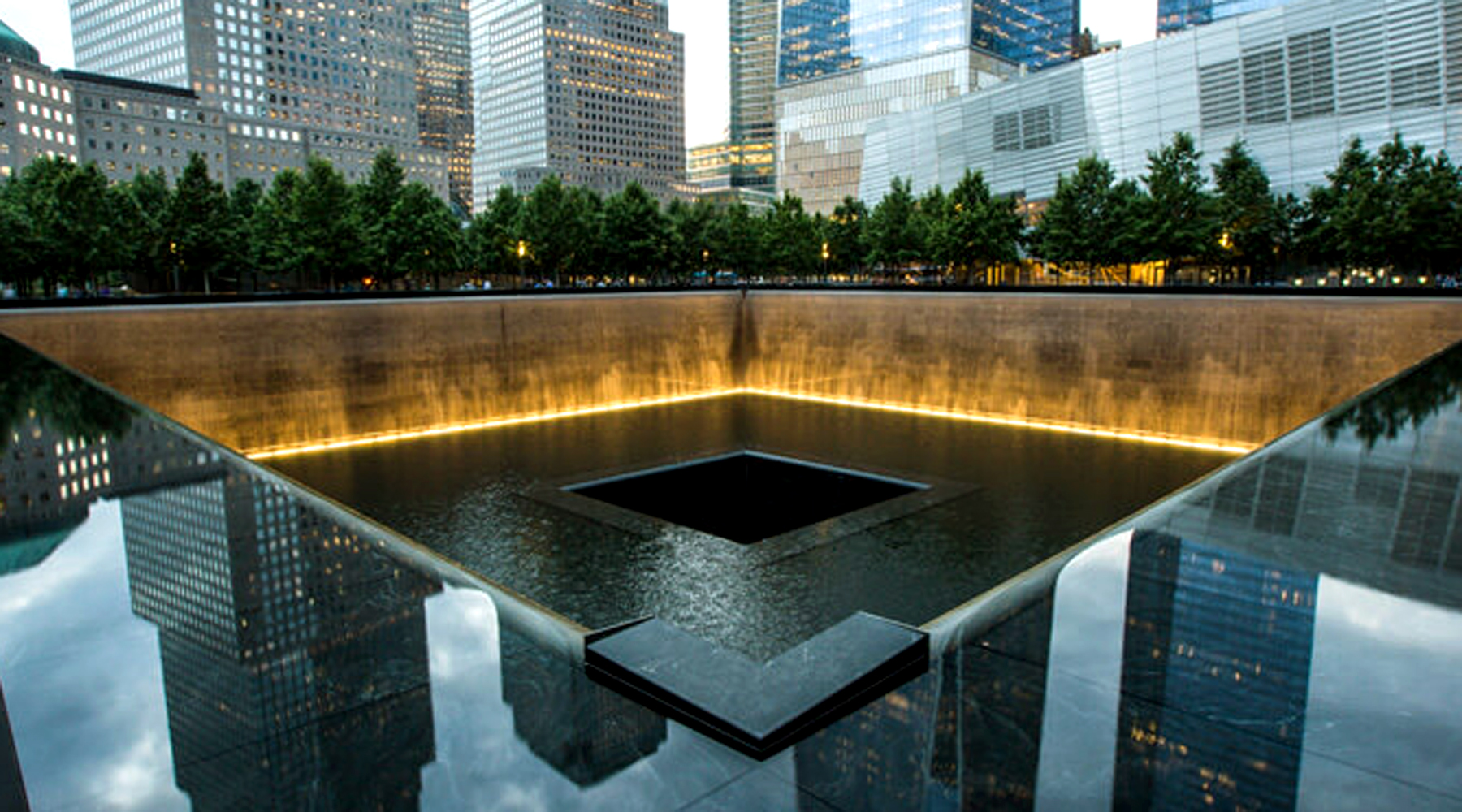 On Sixth day,Enjoy a lavish breakfast, later pack your bags and complete all the check-out formalities. Then transferred to the airport, where you will depart for your destination with bags full of souvenirs and happy memories.

Breakfast Lunch Dinner (As per required)

As per the itinerary

Return Flights (As per the airport convenience)